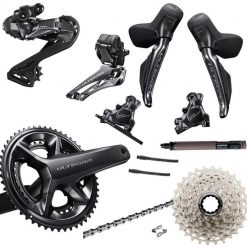 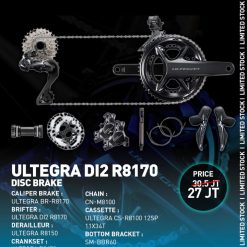 It’s time — to find out what really matters.
The freedom of the open road, crisp mornings and fiery sunsets. Laughter filling the air and then trailing off.
Nature, unfolding as you roll. Breathtaking vistas that stop you in your tracks.
Coffee stops and camaraderie. Route prep and weather checks. Rain breaks and sunny bursts. Mad dashes. Racing each other to the top. And then kicking back…
It’s about time — and it’s about leaving time behind. Tuning into tranquillity. And shifting into oneness.

The Science of Speed, Shimano’s design philosophy for its latest road groups, is comprised of five elements: a new Di2 platform, a refined interface, the addition of HYPERGLIDE+, a category redefining brake system, and a collection of new wheels. Here’s a quick rundown on how each of them contributes to faster, more efficient road riding.

WIRELESS WHERE IT MATTERS
Shimano’s new shifting systems use wireless technology where it makes sense for both day-to-day life and ultimate performance. Freeing the shift levers from the rear of the bike cleans up the cockpit and simplifies the build process. Meanwhile, connecting the derailleurs to an internal main battery ensures absolute reliability by maintaining stable voltage while also improving Shimano’s already lightning-fast shift speed that has made Di2 a staple of the WorldTour pro peloton.

REFINED INTERFACE
New Di2 dual control levers feature dramatic, all-new ergonomics and act as the wireless command center. Both DURA-ACE and ULTEGRA levers have a longer, slightly curved hood body for a more comfortable and secure grip. Shift buttons are easier to reach and differentiate with extended switches and an increased offset between them. With better access and faster shifting, you’ll always find yourself in the right gear. 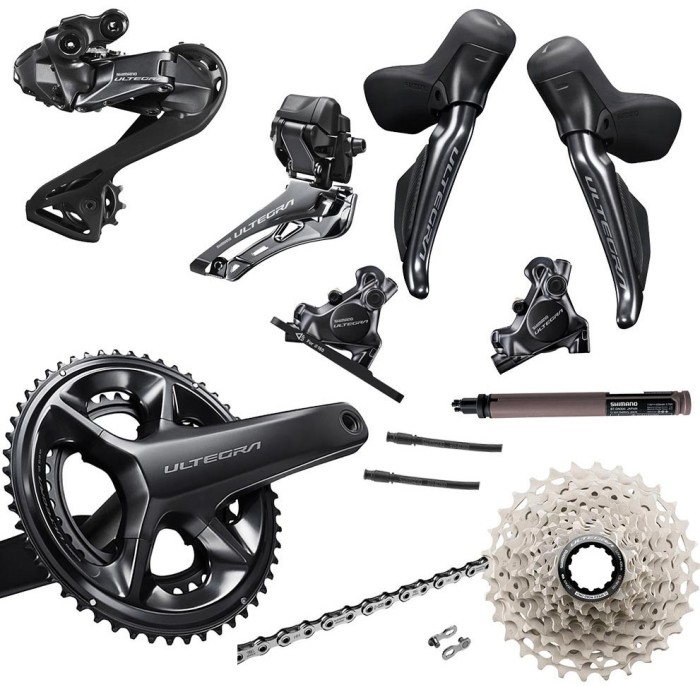